Dictionary of Hearthstone Terms – When watching competitive Hearthstone matches or just discussing on internet forums, you will find many special terms in this game that are often used by players.
If you are a player who has just jumped into the world of Hearthstone, maybe a little confused with the meaning of these terms. Some terms like Battlecry or Deathrattle can certainly be understood because they are explained in Hearthstone itself. However, what about other terms that you can’t find at all in this game?
Therefore, so that you are not confused and can “connect” when discussing, we has prepared a special dictionary of terms in the world of Hearthstone. Let’s study together! 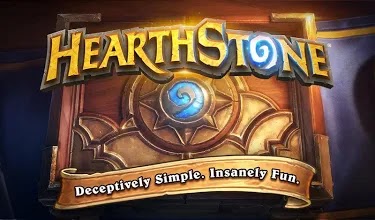 An aggressive game style that uses minions, spells, or weapons with a small cost, but is able to reduce the opponent’s health hero quickly. Examples of this type of deck include the Pirate Warrior and Aggro Shaman.

A card that produces damage to more than one minion, for example

The behavior of players who deliberately play tricks on their opponents is only for fun or makes the opponent upset. For example, deliberately stalling his turn even though he has clearly won or emitted spam.

The game board where most of the interactions for each card will occur, as well as where you play the minion.

The term when you manage to kill all opponent minions on board, or cards that can do that.

This term leads to the position of your board strength compared to your opponent.  Players with more solid and many minions are considered to hold board control for the time being. For example, you have two minions with 4/5 and 3/4 bodies, against your enemies that only have one minion with a 4/4 body. That way, you can easily trade your 4/5 minions to 4/4 of his and still leave two minions on the board.

Another term for the Divine Shield.

Add status to minion. For example the Blessing of Kings card effect.

The effect that occurs on the card taken from the deck when the card in your hand is full of holding 10 cards. Thus, the card is destroyed or “out” of the match. Burn can also mean cards that have burst damage.

Damage to a target in a very large number, usually from a spell or Minion ability. For example Fireball, Pyroblast, and the North Sea Kraken.

Games use decks made from the cards in your collection, and played on Casual, Ranked or tournaments.

A playing style that tries to resist the opponent’s aggression at the start of the game, then reverses the situation at the end of the game This style wins the game in the late game with big minions or fatigue.

Use a card to draw, with the aim of getting a better card or needed to win. For example, using Gadgetzan Auctioneer and a spell where the cost is low to find the cards needed at that time.

Opposite Buff, or give negative effects to Minions. For example the effect of the Pint-Size Potion card.

A card that can damage directly to an opponent hero. For example Frostbolt, Fireball, and Pyroblast.

A condition where there are no more cards on the deck, so you will receive sequential damage (1, 2, 3, 4, etc.) every time you draw.

A term for small minions that appear due to other card effects. Generally this minion has a small body (1/1) such as Apprentice from Violet Teacher, and Silverhand Recruit from  Hero Power Paladin or Muster for Battle.

Usually refers to the card that the player has in his hand at that time.

The term used in Ranked Play Mode to show ranks 1-25 and legend. Playing in Ranked mode is said to be laddering or climbing ladder.

A condition where you can kill your opponent in that turn and win the match, whether it’s from the minion on the board and / or with the card in your hand.

A term that describes the condition of the game or the popularity of a deck at that time. Which class is better? What card is very strong?

Play style that targets the dominance of the game in the middle of the game or between turn four to eight. It can be said that midrange is a combination of aggro and control.

Name it for a deck that in one or two turns is able to win the game just like that even though it’s far behind. Decks like this are generally combo-based, with lots of efficient and inexpensive card draw to quickly find these combo pieces.

The initial process before the game starts where you get three or four initial cards and can exchange them if you feel the initial card is not good.

A condition where you are forced to draw even though the card in your hand is 10, or the maximum number of cards that can be stored in the hand, so that the card that is taken is burnt.

Activities copy the entire contents or part of the decks found on the internet.

One turn kill. This term usually refers to a deck that is able to get lethal in one turn by combining several cards to issue burst damage. For example, the OTK combo Malygos Druid, or Leeroy Jenkins with Power Overwhelming or Cold Blood.

A term that describes a single damage projectile. Ping very closely with Hero Power Mage, or the battlecry effect that gives one damage like Elven Archer.

A condition where you race with an opponent to kill him first before he kills you. This situation usually occurs in the Arena, against the same deck, or in the late game with no cards in hand.

A special term for Druids because they are able to use cards like Innervate, Wild Growth, and Nourish to increase where crystal is faster than other Classes.

A card that can kill other minions on the board instantly or by giving them enough damage.

Abbreviation of a Random Number Generator, and usually refers to a condition where the outcome of an action depends heavily on opportunity or luck. For example, when you play Ragnaros when your opponent has 3 minions on the board, where Ragnaros will shoot is one form of RNG.

Hitting the opponent’s minion with the consequences that the minion you are using must be dead.

Top-deck is basically taking, or drawing a card in that turn. In Hearthstone, this term is more often used as a condition where a player draws a card that he really needs at that time, or even a card that makes him win the game.

A movement that gives you the maximum benefit for each card involved or used in the movement.

Minion and the cost it has (X is the number or cost), for example 4-drop means the card with cost 4.

The term when a player or a deck plays many minions or floods the board quickly with the aim of producing as much damage as possible before the opponent can react.